Construction works of a dedicated hospital for coronavirus (COVID-19) infected patients came to halt on Saturday in Dhaka’s Tejgaon industrial area after panicked local people protested against setting up the health facility there fearing spread the virus in the neighborhood.

Witnesses said that more than hundred local people took to the streets on Saturday afternoon soon after information spread that Akij Group and Gonoshasthaya Kendra were constructing a field hospital for treating coronavirus patients. They chanted slogans against the construction, attacked the site and manhandled some workers there, said Akij Group officials.

The hospital is being built in coordination with Gonoshasthaya Kendra and would be able to host over 300 COVID-19 infected patients, said Sheikh Bashir Uddin, managing director of Akij Group.

He said that they were facing social and political obstacles against their endeavour. Bashir Uddin hoped that they would able to resume their work very soon. They are initially planning to start the health facility by next seven to 10 days.

Tejgaon industrial police station officer-in-charge Ali Hossain said that local ward councillor Md Shafiullah and police rushed to the spot to bring the situation under control as some locals attacked the construction workers during the hour-long demonstration that started around 1:00pm.

Shafiullah, councillior of ward 24 of Dhaka North City Corporation, told New Age that locals got panicked hearing that a coronavirus hospital would be set up in the densely populated area and went out on demonstrations there.

He said that the construction workers were asked to stop their works to appease agitated people.

‘Akij Group officials later asked me whether they can resume the works and I asked them to continue the works,’ he said.

Bangladesh till Saturday has reported at least five deaths and 48 cases of infections from the deadly virus. The country lacks treatment facilities for treating such patients.

Setting up of institutional quarantine facilities at Diabari in Uttara also faced obstruction panicked locals and they took to the streets on March 20 protesting at the government decision.

Locals in Uttara had also went out on demonstrations and laid siege to Regent Hospital on March 22 after the hospital planned to treat coronavirus patients.

Locals said that the hospital had reached an agreement with the government for treating patients infected with coronavirus and keeping them in isolation unit. (Source: New Age) 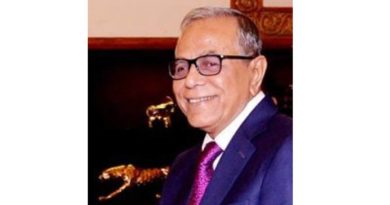