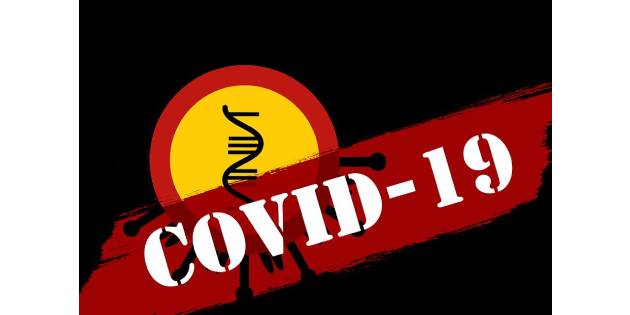 Two more people have been infected with the coronavirus (COVID-19) in Bangladesh, raising the total number of infected people in the country to 51.

Among the two infected, a 57-year-old person returned home from Saudi Arabia and the other, aged 55 years, had no history of foreign travel and the source of his infection could not be detected yet, she said.

Meerjady earlier said that a limited-scale community transmission was happening in the country.

In the 24 hours till Tuesday morning, the IEDCR and other facilities tested 140 people. Till date, 1,602 people have been tested for coronavirus infection.

Bangladesh on March 8 confirmed for the first time that three people got infected with the novel coronavirus in the country.

So far, five people have died of the virus.

Meerjady again warned people not to go out of home as the country is on holiday due to the coronavirus outbreak.

‘Please, stay at home and follow the government instructions…this holiday is on account of the coronavirus situation and you should not go out of your house,’ she said.

The IEDCR director said that six more people recovered from their infection, raising the tally to 25 in the country.

In the past 24 hours, six patients recovered from COVID-19 and among them one patient was above 70, four were in their 30s and one in 40s.

Among those, four were males and two females, including a nurse, Meerjady said.

She revealed that currently 75 suspected patients were in isolation and 38 in institutional quarantine.

Meanwhile, three more people have died with COVID-19 symptoms — one in Nababganj of Dhaka, one in Tangail and one in Sylhet.

Samples were collected from two of them to confirm if they were infected with the novel coronavirus.

In Nababganj, a rickshaw puller died at the Kuwait Friendship Hospital’s isolation unit at midnight past Monday.

The local administration has quarantined his family and the neighboring families, confirmed upazila nirbahi officer Salahuddin Monju to New Age.

He said that samples were collected from the rickshaw puller’s body and they were waiting for the test result to know if he was coronavirus positive.

In Tangail, apparel worker Habibur Rahman, 35, died at his home in Modhupur, Tangail, with the symptoms of the coronavirus infection, our Tangail correspondent said.

Tangail civil surgeon Wahiduzzaman said that samples from his body were collected to know if he was infected with the virus.

In Sylhet, an adolescent girl died at the isolation ward of Shaheed Shamsuddin Ahmed Hospital in Sylhet on Tuesday about two hours after she was admitted to the hospital, the New Age staff correspondent in Sylhet reported.

Sylhet Osmani Medical College Hospital director Brigadier General Yunusur Rahman told reporters in a briefing in the afternoon that the victim had been admitted to the Shaheed Shamsuddin Ahmed Hospital at about 11:30am and died at about 1:30pm.

He said that the patient had been suffering from respiratory problems and fever and her body had inflammation when she was hospitalised.

He also said that the attending doctors instantly provided her with the necessary medical support and checked her body placing her at the isolation ward.

‘Her relatives informed that she had been suffering from breathing difficulties for two months,’ the SOMCH director said.

She or her family members, the SOMCH director said, have not come in touch with any people that returned from abroad, adding that for that reason, any sample from her body was not collected for medical test.

IEDCR director Meerjady said on Tuesday that people had recently expressed concern about the deaths of a number of people but the IEDCR found no infection in them after testing the samples from the deceased.

‘We want to reassure that don’t get scared after anyone has died fearing that they have died of Covid-19,’ Meerjady said, adding ‘ The IEDCR is collecting samples from all possible suspected people and disclosing if they are infected with the COVID-19 virus.’

Health Services director Habibur Rahman mentioned at the press conference that many people who were in home quarantine after their return from abroad and already passed the 14-day home quarantine were facing social ordeals.

He said that neighbours were forcibly pushing them to stay in quarantine further and were misbehaving with them.

‘Those who have passed the 14-day quarantine are free of infection like us and they are risk-free. So, don’t misbehave with them,’ Habibur said.

He further urged people not to go to hospitals directly if they had symptoms of COVID-19.

‘Don’t throng hospitals if you have COVID-19 symptoms, rather call our hotlines. If we consider you as a suspected patient, we would collect samples from you at your home, he said.

In all, 28 test centres would be set up across the country by April 15 so that all suspected people could be tested, he added. (Source: New Age)