Soumya Sarkar brilliantly responded to getting snubbed from the Bangladesh Cricket Board’s national contract by scoring his career best Twenty20 innings against Zimbabwe in the first Twenty20 of the two-match series in Dhaka on Monday.

Ever since bursting on the scene in late 2014, Soumya has been considered as one of the more dynamic batsmen of the country, who possesses a wide array of shots and could make any bowling line-up look ordinary when he gets going.

Soumya, however, couldn’t deliver on his initial promise in the shortest format of the game, as before Monday’s game he had only one fifty under his belt in 48 innings in Twenty20s, despite batting in the top-three on 37 of those occasions.

Soumya, who began his career as a flashy opening batter, was slowly transitioning into a bits and pieces player in all three formats for Bangladesh, failing to hold a place in any side only for his batting ability.

Soumya’s inconsistency prompted the selectors to make the bold move of striking his name off the national players’ contract for the second year in a row, which was announced on Sunday.

The 27-year old answered back to all the criticism in the best possible way, by ending over two-year drought of fifties in Twenty20 by hitting a thumping 62 off 32 balls.

Bangladesh were already in a good position, after the opening pair of Liton Das and Tamim Iqbal made a record 92-run stand, when Soumya replaced the latter in the 11th over.

Soumya looked a little wary in the initial part of his innings, but finally got going by hitting a six off Sean Williams in the 14th over.

Soumya went onto hit a total of four fours and five sixes in his blistering innings, which boosted Bangladesh to their highest Twenty20 score against Zimbabwe.

Although the innings came against a weak Zimbabwean bowling attack, Soumya’s innings should help the left-hander regain his footing in T20Is and remind everyone of his capabilities in the shortest format.

Most importantly it could force the selectors to eat a humble pie and bring him back into the contract as suggested by some officials following his innings. (Source: New Age) 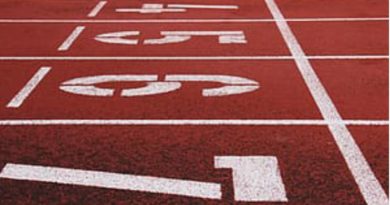 Athletics reverts back to BNS