Renowned film and teleplay maker Mostofa Sarwar Farooki told New Age on Friday that the government should ensure medical treatment for the people from all walks of life as cases of coronavirus infections surge in Bangladesh.

‘I urge the viewers to stay at home to reduce the spread of coronavirus across the country. Everyone should follow the directives including washing hands, not to touch mouth, nose and eyes with hands and keep practising social distancing to prevent the coronavirus,’ said Mostofa Sarwar Farooki.

He also urged volunteer organisations like Bidyananda Foundation to help the helpess people in the society.

‘All the volunteer organisations should come forward to stand beside the people and work for raising awareness about coronavirus. They should help the poor and the marginalised people in the society, who aren’t able to protect themselves from the virus due to their low income,’ added Farooki.

‘No Land’s Man’ is the director’s upcoming film. Written by the director himself, the film has won the APSA-MPA script development fund in 2014.

It revolves around a South Asian man who gets into trouble after meeting an Australian girl in the USA.

When asked about the film’s release, Farooki replied, ‘We have completed the shooting for the film. We shot the film in India, Australia and the United States. The film was on the post-production stage but we had to stop further activities due to the outbreak of coronavirus pandemic across the globe. We will resume the film’s production when the situation improves.’ 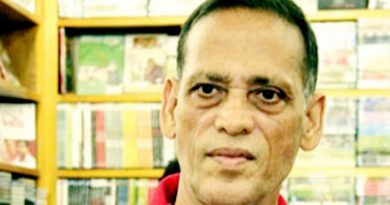