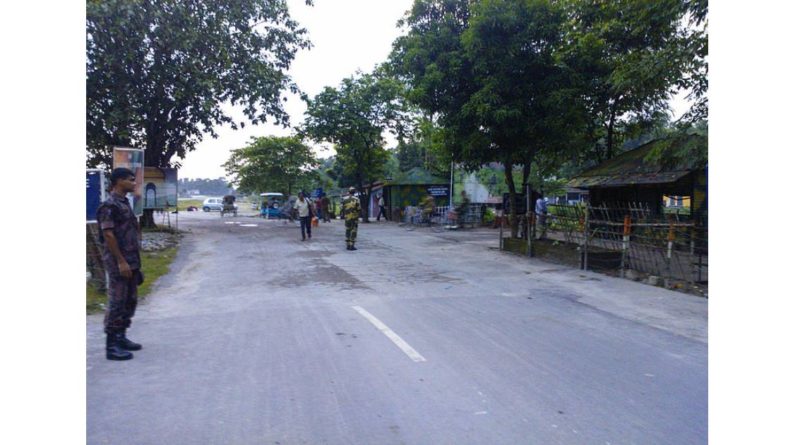 The Anti-Corruption Commission has found wholesale corruption in almost every sector of the Bangladesh Land Port Authority.

He handed over a report containing 28 of its recommendations to state minister for shipping Khalid Mahmud Chowdhury at his ministry office on Wednesday.

According to the ACC findings, the security system was not strong enough at most of the land ports. As a result, a section of the port officials and employees are regularly releasing goods from the port without paying duties.

There was an allegation that the required procurement rules were often violated at the ports. And a vested quarter is taking advantage of the situation to commit corruption during procurement.

Since there was no monitoring on the recruitment of outsourced staff, a good number of them were realising wages even though they did not do the work, according to ACC findings.

Some port officials develop strong ties with port-based traders’ syndicates as the officials have been in service at a station for a long time, the findings said, adding that required rules also violated during appointment of contractor for goods handling.

There was an allegation that customs officials completed their duties without scrutinising the scales of low and high tariff, quota and incentive system.

There was a perception that a section of port employees are involved in stealing goods from the warehouses at the ports, the report said.

There was an allegation that irregularities were rife in transfer, promotion and in sending officials abroad for training. Nepotism, the report said, played a key role in allowing such irregularities.

Breaching the rules, collective bargaining agreement bodies or employees union leaders were involved in different irregularities at the ports, the report said.

A section of port officials and employees were involved in realising bribes from the service seekers, the report said.

The scope for appointing a person for several times as part-time director of the port authority board also created scope for corruption.

The commission gave 28 recommendations to the government to take necessary steps to prevent corruption of the country’s land ports, said ACC commissioner.

After receiving the report, the state minister for shipping said that the report of the ACC was an important document for the ministry and he would take necessary steps following the recommendations. (Source: New Age)

France for more int’l pressure on Myanmar for Rohingya repatriation