It has been over four months since the teachers and the students of Jahangirnagar University first issued their demand for the removal of vice-chancellor Professor Farzana Islam on the allegation of graft on September 18 last year.

On Thursday, they reissued their demands and once again they brought out a protest procession shouting slogans against her.

Under the banner of ‘Jahangirnagar against Corruption,’ they started the procession from the social sciences building premises and marched to the new registrar building and held a rally there.

The speakers at the rally repeated their allegations against Farzana and reissued their demands for her removal as an exemplary punishment.

The Socialist Student Front university unit convener Shovon Rahman said, the allegation of graft against the vice-chancellor hit the headlines thousand times and enough evidence had been presented.

But the government is yet to break its silence over the issue and launch an inquiry, he resented.

‘If immediate action won’t be taken, we will start a tougher movement,’ he warned.

The vice-chancellor has lost the moral ground to hold the post after the brutal attack by Chhatra League on teachers and students on November 5, said Armanul Islam Khan, president of the university unit of Bangladesh General Students’ Right Protection Council.

‘But alas! no trial has been held on that attack yet,’ he lamented.

‘The government has declared zero-tolerance against corruption, but our VC is getting more corrupt day by day,’ he said.

The protesters said that the protests would continue till their demands were met.

In 2018, the government allotted Tk 1445.36 crore for a university development project. On August 23 last year, the protesters started protest demanding a judicial inquiry into the report that Farzana gave Tk 2 crore from the allotment to Chhatra League leaders. 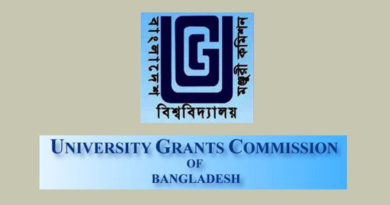 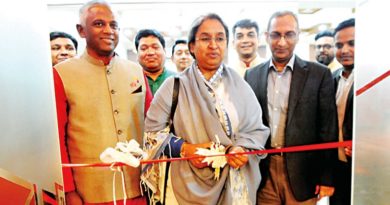