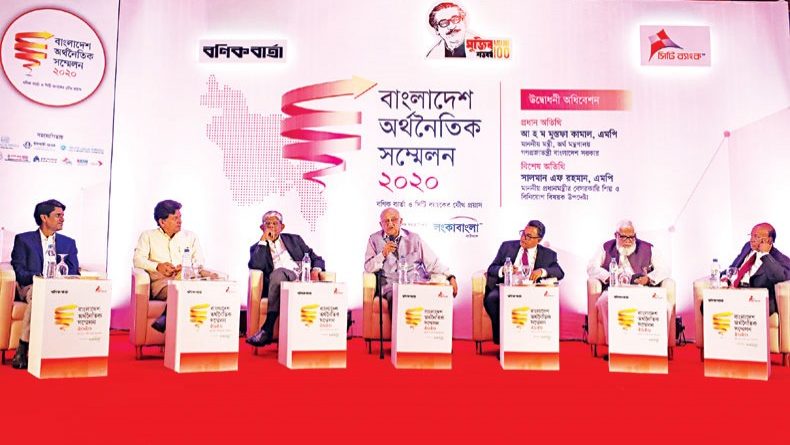 Time is required to increase the rate of employment, he said while addressing the Bangladesh Economic Conference 2020, organised jointly by local vernacular daily Bonik Barta and The City Bank in the capital.

Mustafa Kamal also said that special economic zones were being established for employing new entrants in the job market.

Responding to the criticism that the government was imposing the interest rate, Mustafa Kamal said they were doing their task systematically.

He said that it was proper time to rein in the high interest rate of lending.

He also noted that high lending rate was a major reason for high non-performing loans in the banking sector, now overburdened with problems.

The finance minister said that it was not his task to monitor ups and downs on the stock market; rather he mainly worked with the macroeconomy, betterment of which, according to him, would help improve the share market.

While focusing on another contentious issue of the country’s tax-GDP ratio, said to be the lowest in the world and below 9 per cent, he said the ratio would be 40, had not there so many tax waivers to industries. He said tax waivers would be continued for some years more.

Speaking about the inequality, Salehuddin Ahmed said, ‘Our economy has expanded but inequality has been on the rise.’

‘If such trend continues, resources would come under the control of few people while the rest will have nothing,’ he said.

Criticising the BB’s instruction that set lending rate ceiling at 9 per cent on February 24 this year, the former BB governor said that it was not a very prudent move.

A range like 9 per cent to 12 per cent could have been set, he said, adding that the implementation of the 9 per cent ceiling on lending rate would be tough.

Speaking about the government’s move to implement 6 per cent deposit rate in the banks, Mirza Aziz said that the rate cut would result in deposit growth fall as keeping money in the banks would create losses for the people rather than generating profits once the applicable taxes on interest earnings, excise duty on deposits and around 6 per cent inflation were taken into consideration.

The deposit and lending rate cut would be counterproductive for the country’s economy, Mirza Aziz cautioned. (Source: New Age)