Bangladesh Garment Manufacturers and Exporters Association president Rubana Huq on Thursday recommended that all the BGMEA members should announce closure of their factories in line with the government’s announcement of public holiday due to prevent coronavirus.

The government earlier announced a public holiday between March 29 and April 4 with which weekends and the public holiday on Independence Day have merged.

After approval of BGMEA board of directors, the association president sent a letter to its members saying that prime minister Sheikh Hasina in her address to the nation on the occasion of the Independence Day issued specific directions to all and asked for some awareness steps for safety of good health of all.

‘As the biggest industry of the country, we should set instance following the prime minister’s directions. In these circumstances, I hope that you would consider the closure of your factories,’ the letter read. 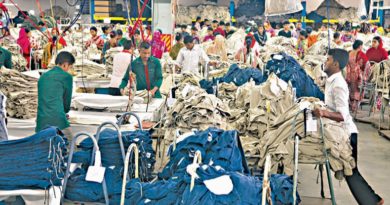