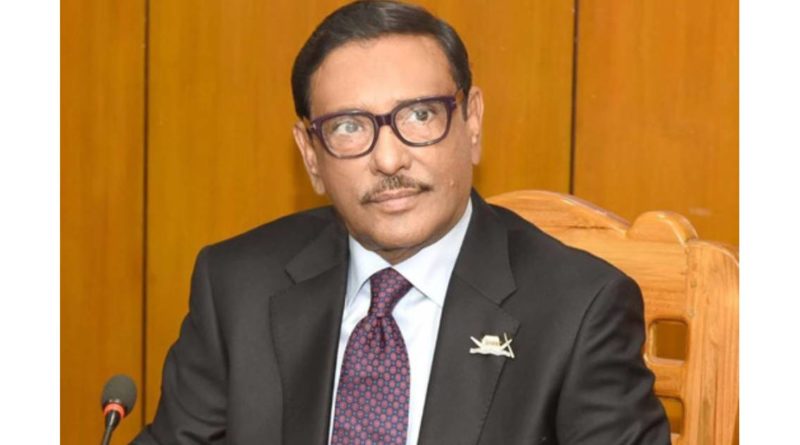 Awami League General Secretary and Road Transport and Bridges Minister Obaidul Quader today (February 26) said the government will not spare any wrongdoer of the ruling party.

“Prime Minister Sheikh Hasina initiated taking actions against wrongdoers from her party at first. No other prime minister did so in the past,” he told the 32nd founding anniversary programme of Sheikh Russel Jatiya Shishu Kishore Parishad in the National Museum auditorium here.

Quader said wrongdoers will not get any room in Awami League and those who will be found guilty will be brought to justice.

“We are not showing any mercy to our own party members,” he said.

About the trial of BDR mutiny, the speedy trial of Pilkhana carnage has set an example in the world as such trial in the quickest time did not happen in any place in the world.

Quader said there was no clue to where BNP Chairperson Begum Khaleda Zia went from her residence at 7am on the day of BDR carnage.

He wondered as to where Khaleda went in the early morning as she never woke up before 12 noon.

The AL general secretary said Khaleda had talked with Tarique Rahman over phone for 11 times since 5am on that day.

If BNP wants to hold the trial again, what she talked about over phone will come out, he said.

Turning to the founding anniversary programme, Quader urged the children and juveniles to follow the ideals of Father of the Nation Bangabandhu Sheikh Mujibur Rahman, Prime Minister Sheikh Hasina and Bangabandhu’s family members.

He said no other leader was born in Bangladesh as courageous and honest as Bangabandhu.

Bangabandhu’s daughter Prime Minister Sheikh Hasina is one of the three honest and hardworking primers in the world, he added.

What you need to know about the coronavirus