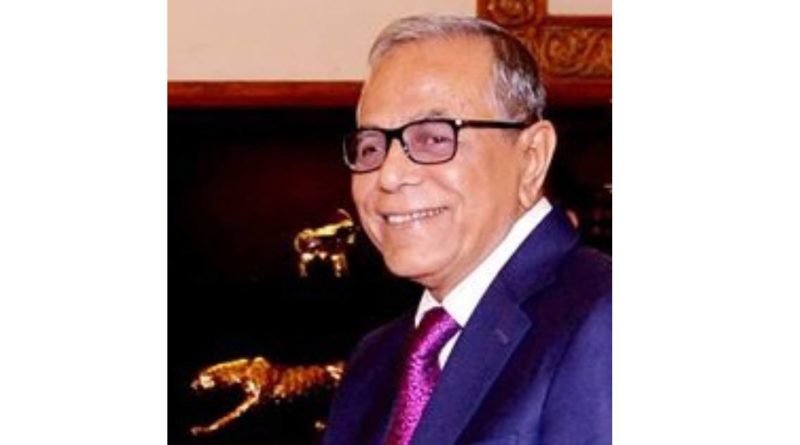 Bangladesh High Commissioner to the UK Saida Muna Tasneem welcomed the President at the airport. Senior officials of Bangladesh Mission in London were present.

After the reception ceremony at the airport, a ceremonial motorcade escorted President Hamid to the place of residence “London Hilton on Parklane” where he would make a six-hour stopover prior to flying for Montevideo of Uruguay.

Besides, the President was received by the representatives of British Bangladeshi community in the United Kingdom at the place of residence there.

As part of his 11-day visit to Uruguay, the President will depart London Heathrow International Airport by a Latam Airlines Flight no LA 8085 at about 6:35 pm (local times).

On his return from Uruguay, Abdul Hamid is scheduled to have some private programmes in London on March 5-6, said the foreign ministry officials.

The head of the state left here early today. A VVIP flight of Emirates Airlines Flight EK 585, carrying the president and his entourage members took off from Hazrat Shahjalal International Airport at around 1:35 am today.

President’s spouse Rashida Khanam and secretaries concerned to the Bangabhaban are accompanying Abdul Hamid in the tour.