The event took place at IUB’s own campus in Bashundhara where members of ESTCDT and IUB Board of Trustees, acting vice-chancellor, deans, members of the faculty and administration and a large number of current and former students were present.

Professor Rahman joined IUB in 2003. Since then, he contributed towards the development of the university.

They expressed gratitude to Professor Rahman for taking the lead and making IUB one of the topmost universities of the country.

The outgoing VC, in his speech, thanked everyone for extending support and cooperation during his tenure and stated that IUB experience will benefit him throughout his rest of the career. (Source: New Age) 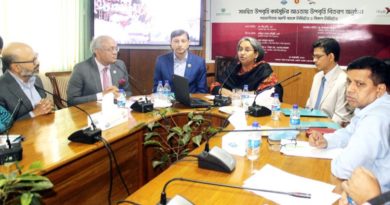