The Bangladesh government was surprised at the claims of Indian foreign secretary Harsh Vardhan Shringla over killing of Indian nationals in attacks apparently launched by Bangladesh people.

Indian officials often raise allegations of criminal activities along the border, but this was for the first time the Indian side made a statement, without providing any substantive details, indicating a huge number of killings along the border India shares with Bangladesh, officials at the foreign and home ministries and Border Guard of Bangladesh told New Age on Tuesday.

‘We were, in fact, surprised,’ a Bangladesh official involved in border management said.

Shringla claimed, without providing any specific statistics, in Dhaka on Monday that the ratio of killing of Bangladesh and Indian nationals along the border was fifty-fifty.

Twelve Indian nationals were killed and 83 members of Border Security Force were injured in 2019, he claimed at a seminar on Bangladesh-India relations during his first visit as foreign secretary to Bangladesh.

Criminal activities take place on both sides of the borders and border security forces require to defend the border as well as contain the criminal activities, he said while replying to a question on using non-lethal weapon by Border Security Force of India on the borders between the two countries.

When his attention was drawn to the claims of Shringla about the killing of Indian nationals along Bangladesh border, foreign secretary Masud Bin Momen said, ‘We don’t condone criminal activities along the border. But there was no numbers or details from them [India] about killings along our borders.’

‘We may try to seek information about it,’ he said.

Meanwhile, India has already erected barbed-wire fences for ‘security’ along more than 3,000 kilometres of its 4,096.7-km-long border with Bangladesh.

India has expressed its intent to install meshed steel fence in at least 58 more places, within 150 yards of the zero line, along the border with Bangladesh.

Shringla was in Dhaka on a two-day tour to lay grounds for the visit of prime minister Narendra Modi scheduled to be held on March 17-18.

Several political parties and rights groups were demanding that the Bangladesh government cancel the visit of Narendra Modi to Dhaka for his failure to protect Muslim minority communities from attacks of the religious bigots belonging to the ruling Bharatia Janata Party.

The Indian prime minister’s visit in mid-March ‘is still on’ as the Bangladesh side ensured Shringla that the Bangladesh government would take adequate measures to make the visit trouble-free, officials said. 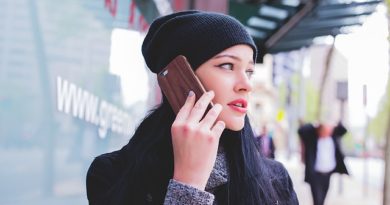