Professor Atiqul Islam has been reappointed as the vice-chancellor of North South University on Monday for the second term.

Professor Islam was appointed NSU vice-chancellor in 2016. Prior to that, he served as the executive dean of the Faculty of Business and Law and pro-vice-chancellor (engagement), Edith Cowan University, Perth, Australia.

He worked in a number of universities in the Asia-Pacific over the last three decades. Over his long academic career, he served at the University of Sydney, UNSW, Curtin University, University of Canterbury and the National University of Singapore.

He is the author and co-author of numerous scholarly articles in refereed academic journals. He edited a business journal for over a decade, reviewed articles, reviewed research funding proposals for Australian Research Council and for a Saudi University.

He has supervised and examined a large number of post graduate theses including PhD. 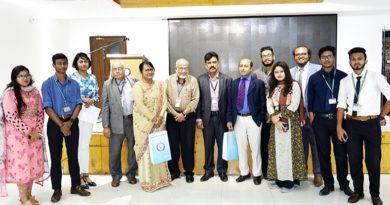