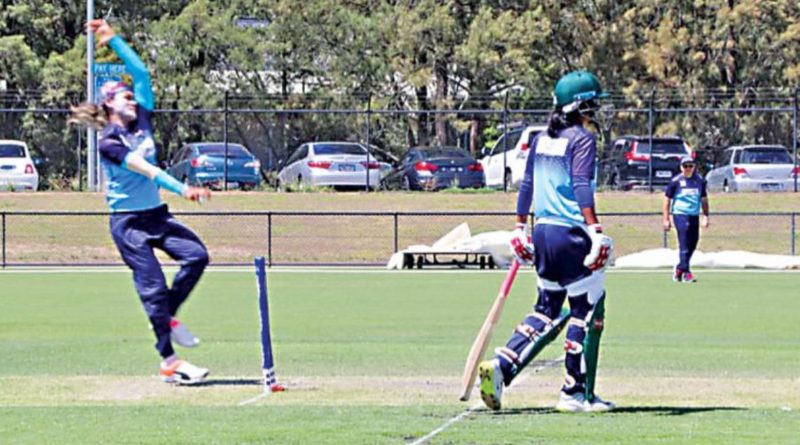 Bangladeshi batter Fargana Haque on Thursday urged for more opportunities against top-quality oppositions like Australia which she believed would help them improve their standard.

‘It’s a bit unfortunate for us that we do not play with the top class teams often,’ Fargana told reporters in Canberra after a 86-run thrashing against Australia in the ICC Women’s World Twenty20.

‘But I believe that if we could get the chance to play regularly with the top teams, our cricket will improve, and our girls will improve accordingly.

‘We can understand how to cope with such kind of bowling attack, all such kind of bats, attacking the batsmen of the quality that the Australian team had,’ she added.

Bangladesh women’s team got a reality check when they played against Australia for the first time in their cricketing history and they were outplayed by their opponents.

Although Bangladesh have been taking part in women’s Twenty20 internationals since 2012, they didn’t play any match against oppositions like Australia, New Zealand, who are currently placed first and third respectively in ICC rankings.

Bangladesh, who are in Group A, were drawn with Australia and New Zealand for the ongoing tournament and they faced four-time champions Australia on Thursday for the first time in their cricketing history.

Bangladesh conceded their biggest ever defeat in this format in their maiden encounter against Australia after the hosts made 189-1 with openers Alyssa Healy and Beth Mooney scoring 83 and 81 runs respectively.

Fargana made highest 36 off 35 balls for Bangladesh as they were restricted to 103-9.

Fargana said that despite the loss, the experience of playing against Australia would help them in future and admitted that it was tough for them to handle Aussie bowling attack.

‘Australians are the current world champions, and it is, of course, from our aspect, it was the first match ever. So it was tough to face the Australian bowling,’ she said.

‘But after having the first match, this will give us a bit of experience how to handle this situation, and of course in this condition, which is very new to us,’ she added.

Fargana also lamented for their fielding errors during the game where they dropped at least four catches and hoped that they would rectify the mistakes before taking on New Zealand in their next match in Melbourne.

‘But definitely we need to improve our fielding and we need to keep all those catches in the match, and we are looking forward for the next match to rectify ourselves and to go for good fielding and keeping those crucial catches,’ added Fargana.

Bangladesh Cricket Board breaks a promise with players