The two-day triennial national conference of Jatiya Samajtantrik Dal-Jasad will begin in Dhaka on Friday.

The opening programme of the council session will be held at the Institution of Engineers at Ramna in Dhaka at 3:00pm.

The council session will be held at the Institution of Engineers auditorium after the opening session on Friday.

The council session will continue on Saturday to elect a new central committee of the party.

Among the 80 political districts of the party, more than 60 districts have already held councils.

More than 12,000 party councillors, delegates and observers from across the country will attend the council, the party insiders said.

The last conference of the party was held in Dhaka in 2016. 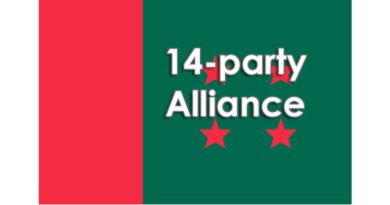