China’s Huawei Technologies unveiled its new flagship photography-focused P40 smartphones on Wednesday in an online presentation after the coronavirus scuppered the event it had planned.

Richard Yu, chief executive of Huawei’s Consumer Business Group, showed three smartphones in an online broadcast: the P40, P40 Pro and P40 Pro+, which have triple, quad and penta-camera configurations and “overflow” displays that curve over all four edges of the devices.

Huawei has been at the forefront of camera technology, and Yu said the P40 series set the bar higher again, with the largest camera sensor on a smartphone, up to 10 times optical zoom and advanced artificial intelligence.

The company’s hardware has won plaudits from critics.

However, European consumers’ appetite for its newest smartphones has been dented by shutdowns imposed in many countries to fight the spread of the coronavirus, and by the absence of Google’s mobile services on Huawei’s new devices following a ban imposed by the United States last year.

The U.S. alleges Huawei is involved in activities that compromise its national security, a charge the company denies.

The coronavirus pandemic has upended forecasts for smartphone sales, with shops closed across Europe and the global economy facing a sharp downturn.

Yu, however, was positive on both fronts.

He said coronavirus was under control in China and Huawei’s manufacturing was back up to speed.

“The situation is good; more and more people go back to work and the shopping mall,” he said. “Every government can learn from China, so I hope the coronavirus is under control very quickly.

“I am looking forward to that, so I am still positive.”

He also said more developers were contributing to Huawei’s own ecosystem. “Most of the most popular apps will be integrated with the HMS (Huawei Mobile Services) core and will be in the AppGallery,” he said. “That is improving very, very quickly.”

Huawei still wanted to continue to partner Google, he said, but he added: “There is no other choice, we have to do this.”

But although the company was accelerating its efforts to work with publishers, app developers and brands, it was far from enough yet to convince consumers in Europe that AppGallery was a replacement for the Google Play Store. (Source: Reuters) 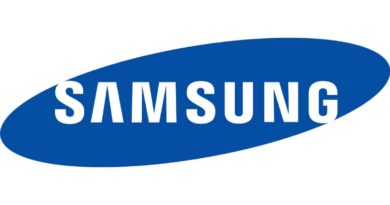